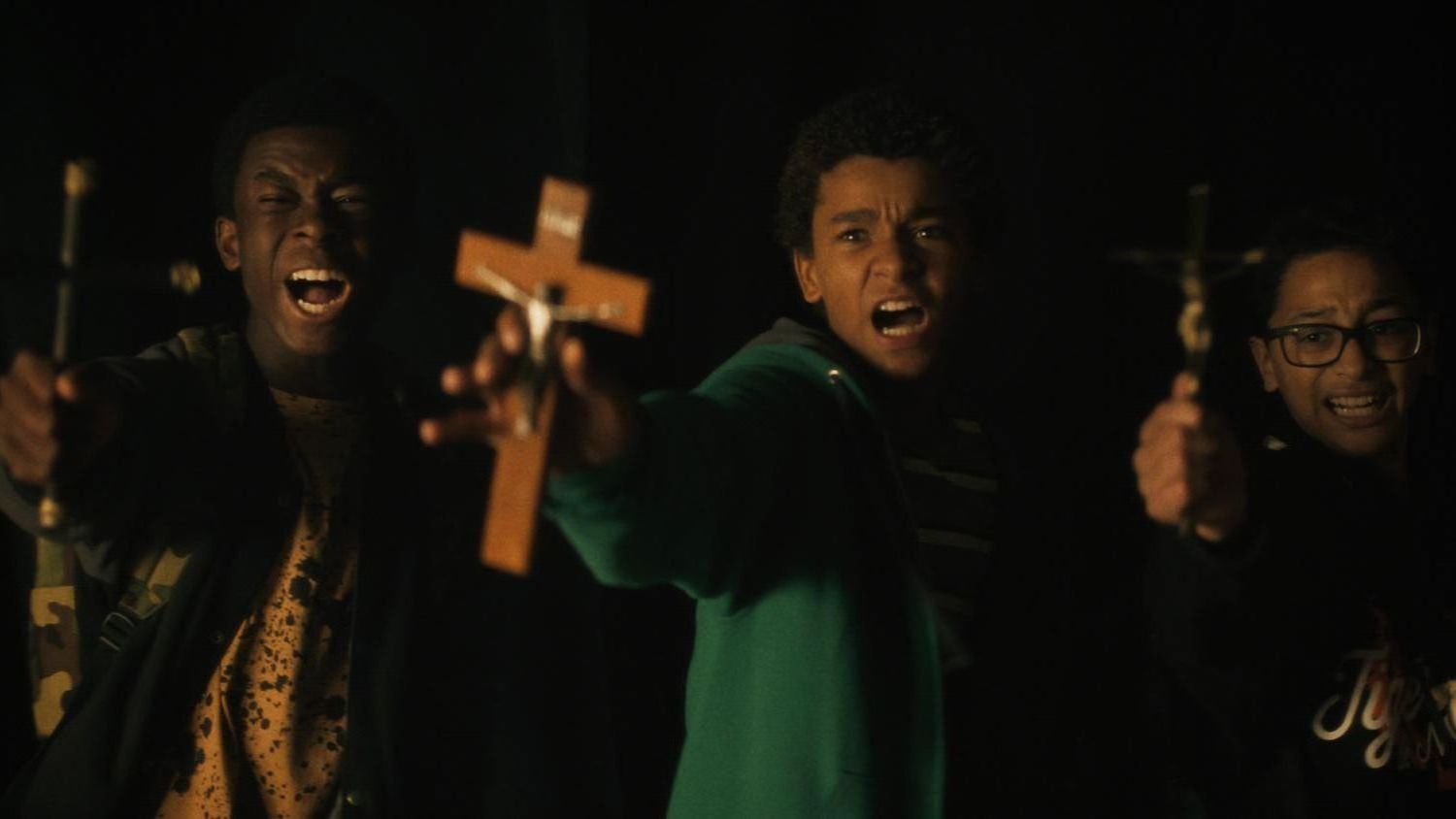 Vampires Vs. The Bronx Review

In the past, in the world of vampire films bloodsuckers have been associated with various symbolic meanings — signs of love, addiction and the AIDS crisis, and much more. In Vampires vs. The Bronx, the debut feature film by SNL Director Oz Rodriguez, they're given an original and funny version — in this case the pale-skinned monsters appear to be an agent of gentrification and threaten to take the life of the New York neighbourhood. 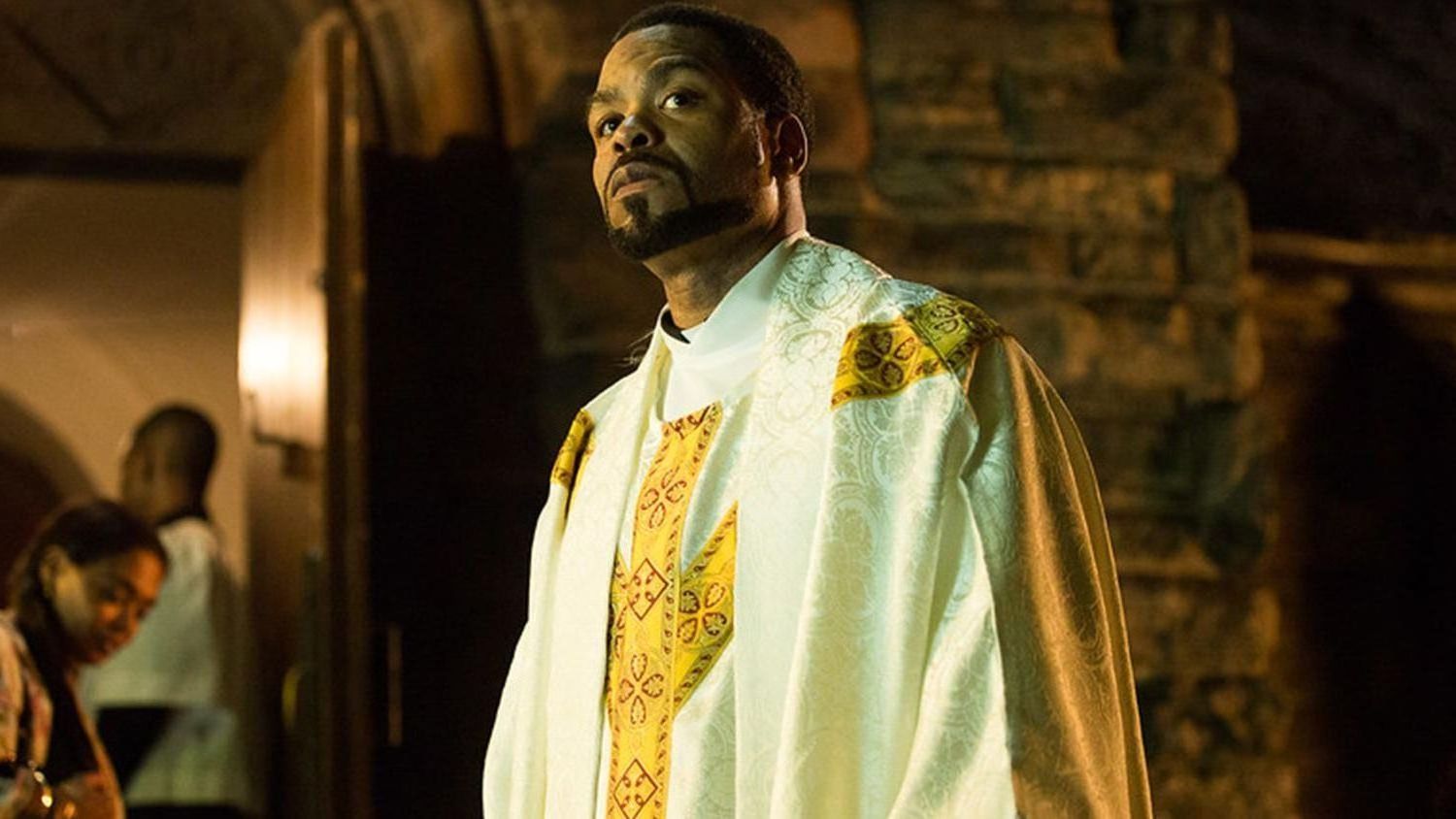 What you get is slick fun, humorous and entertaining 86-minute horror comedy that plays similar to The Lost Boys meets Attack The Block, with a trio of teens the first to realize that something supernatural is happening and they decide to take on the threat. The main character is Lil Mayor (Jaden Michael) A sweet youngster who is determined to save his best friend's (The Kid Mero) bodega by throwing a block party to raise money for. When he witnesses a local gang member getting drained by a tall, white pointy-toothed new arrival, he ropes in pals Bobby (Gerald W. Jones III) and Luis (Gregory Diaz IV, soon to be seen in New York gentrification-centric musical In The Heights) to investigate suspicious new real estate company Murnau Properties (a name nodding to Nosferatu director F.W. Murnau and featuring the logo of Vlad The Impaler).

A charming film that is bouncing around with a steady stream of hilarious comedy.

Rodriguez is known for his playful wit on the indicators of increasing gentrification criticizing hipster stores ("Is it a clothing shop or an eatery?" asks one character of the new storefront, ambiguous "Bone and Thread") and the latest trends that suggest something more sinister for locals ("White people carrying bags of canvas — that's always the first clue !"). However, behind his laughter, Rodriguez makes insightful observations regarding the structures of power which force communities out of their homes and the interplay of inequality and capitalism that makes cashing out an appealing option.

If it seems heavy, Vampires Vs. The Bronx — with its purposefully midnight-movie-sounding title — is anything but. It's a charming film that flies by with a steady flow of funny jokes (the children purchase Blade as a DVD in order to learn some tips) and ingenious ways to expand the vampire mythology (holy water that bubbles up when vampires are around or near a communion wafer, which is then that is used to make weapons) as well as appearances by Zoe Saldana as a nail salon owner, and Wu-Tang Clan's Method Man as a local priest. This film is proof that there's a new storylines in vampire tales. 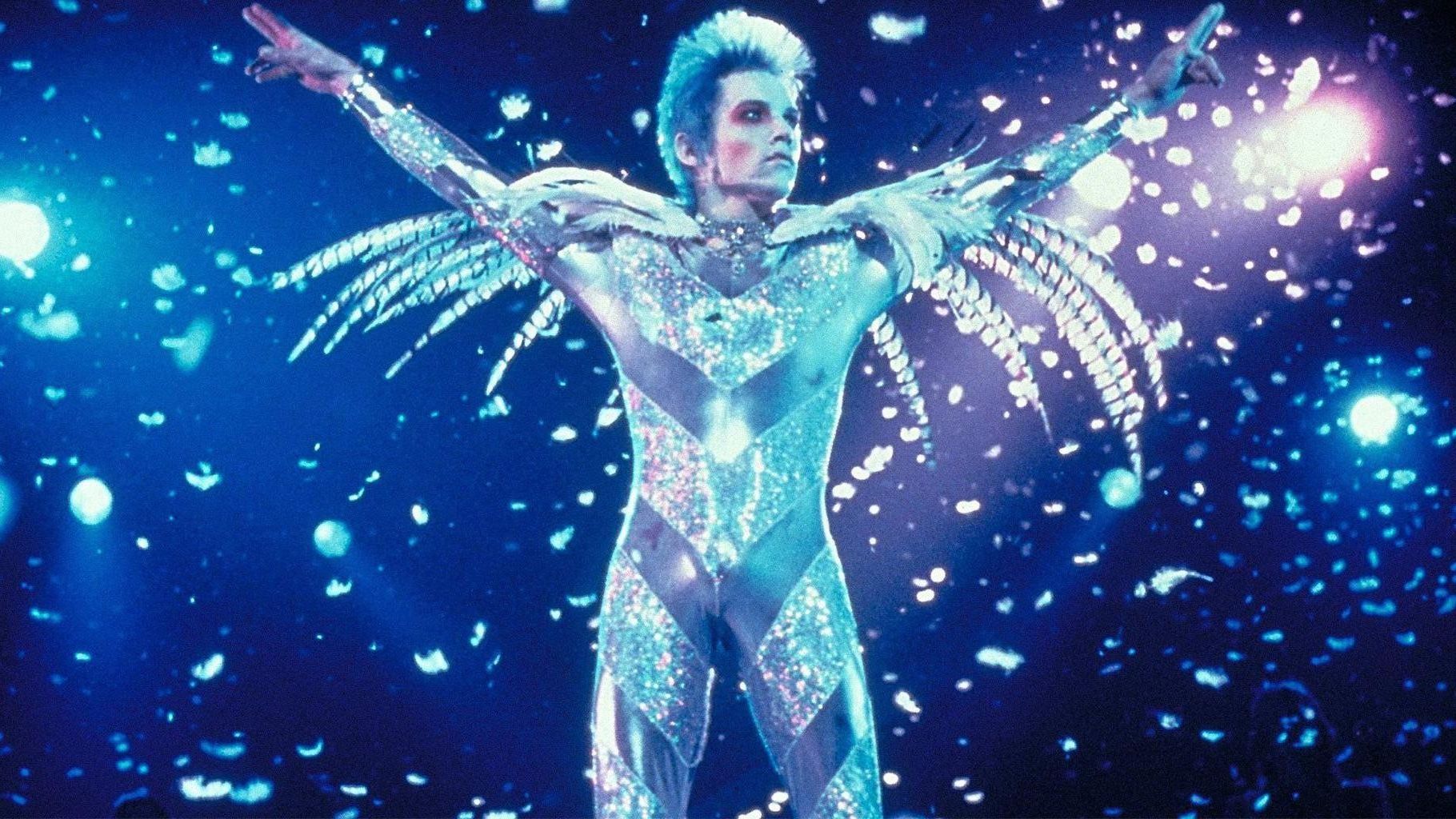